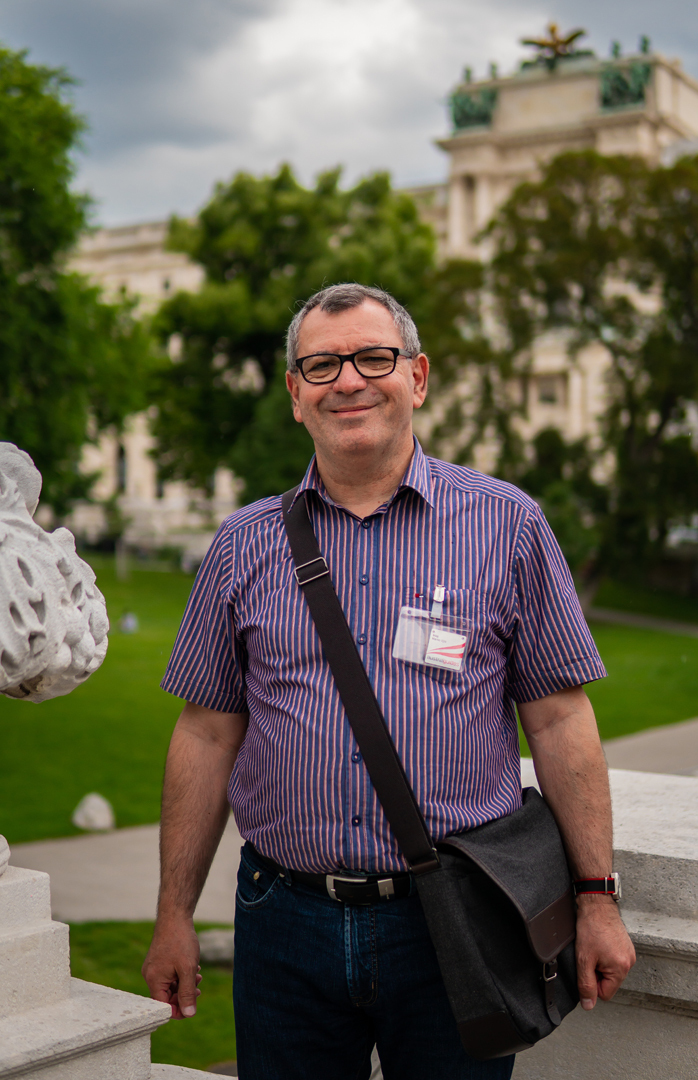 Welcome to my homepage! I offer appealing city tours, customized bus tours, indoors tours and excursions into the surroundings of Vienna as a state-certified tourist guide. You can find out more on the subpages. Click here for biographical information about me.

"I have to communicate a crushing message to the aesthetes – old Vienna once was new." Order a gift voucher and invite your dear relatives and friends to a private city tour or a private bike tour! You are free to choose the tour. The prices correspond to the public group prices. Contact me at office@iljic.wien or on +43 699 105 33 011.

overview of the TOURS Public city tours on foot with individual or group registrations on general or specific topics. If desired, other dates, topics and goals can be agreed.

City walk of your choice Bike tours in Vienna (only for groups)

The bike tours last three hours, a break of 15 minutes is planned. If desired, other dates, topics and goals can be agreed.

Bike tour of your choice I will guide you through the rooms of the museums, churches, castles and theaters that are worth seeing. If desired, other dates, topics and goals can be agreed.

Within attraction of your choice Through the competent and entertaining accompaniment of the group trip organized by you, you will get to know the city on the Danube. If desired, other topics and goals can be agreed.

Bus tour according to your wishes Surroundings of Vienna and Austrian cities

On the half-day and full-day bus tours we get to know Austrian cities and landscapes that are well worth seeing. If desired, other topics and goals can be agreed. Culture and climate protection by the city of Vienna

The cultural metropolis of Vienna is countering climate change with creative, innovative projects. Explore them together with the Austria Guides For Future®! Our varied tours take you through the Vienna of the future, where climate justice can become a reality in all areas of life. We look forward to you!

"A cool breeze is blowing in downtown Vienna"

"On the beautiful blue Danube Canal"

A guided walk through green Margareten with a focus on climate protection and climate adaptation. We span the range of topics between rainwater management, parklets, flowering tree discs and the droplet bath. Uwe and Marko at the football field of Union Landhaus

Where proles kicked against peasants and the record champions were at home.

City hike to football in Floridsdorf.

From the "FAC-Building" to the Jewish football club Hakoah, from the former football field of Admira to the one of Union Landhaus, where we attend the UFK Schwemm championship game against Penarol Vienna (1st class B) together: the city guide Marko Iljić and the journalist Uwe Mauch take you this Saturday into the traditional football district of Floridsdorf. On the way, they explain in a knowledgeable way how much Viennese football was shaped by proletarian and rural traditions and why it continues to be an underestimated integration factor in this city. City guide Iljić has the facts of a previously little-known story about Vienna, author Mauch tells about his first goal for Floridsdorfer AC, about the rescue of the whales and other anecdotes from the Vienna lower football leagues.